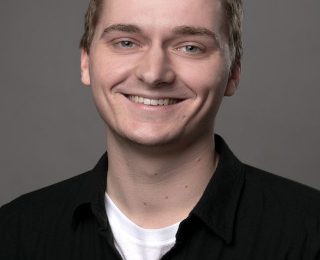 I am a Postdoctoral Researcher in Environmental Archaeology on the 'Migration and the Making of the Ancient Greek World' (MIGMAG) project at the Institute for Classical Archaeology, University of Vienna. My research uses archaeobotany and stable isotope analysis to understand the roles of farming in societal change in the prehistoric Mediterranean. For MIGMAG, I am investigating changes in land use and agricultural production strategies that may have accompanied mobility, demographic change and urbanisation in the Iron Age Mediterranean. I recently completed a DPhil (PhD) at the University of Oxford, where I analysed archaeobotanical assemblages from Chalcolithic and Bronze Age western Anatolia.

Stephan Kraemer is the head of the Department of Environmental Geosciences at the University of Vienna and co-founder of the MINERVA (Mineralogical Preservation of the Human Biome) research platform. He is a low temperature geochemist interested in molecular scale bio-mineral interactions. A particular focus is the reactivity of biogenic molecules including ligands, reductants, enzymes and nucleic acids at mineral surfaces. His research interests include interactions of DNA with mineral phases in the context of long-term eDNA and aDNA preservation. He uses stable isotopes including strontium, mercury and other transition metals as process- and forensic tracers. His laboratory includes a MC-ICPMS isotope lab, trace metal analytics and spectroscopic facilities and methods for mineral characterization. After studying Earth Sciences at Ruhr Universität Bochum, he obtained his PhD in 1997 under the guidance of Prof. Janet Hering (CALTECH) and held positions at UC Berkeley and ETH-Zürich before moving to Vienna in 2006.